The official trailer of the Van Vlahakis biopic “A Green Story” has been released. 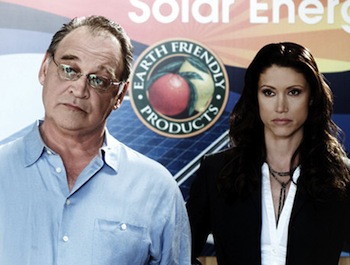 The film chronicles the life of Van Vlahakis, a Greek immigrant who arrived in America with only $22 in his pocket and eventually founded the multi-million dollar Green company Earth Friendly Products.

“A Green Story” was written and directed by Nika Agiashvili and filmed in Los Angeles, Chicago and on location in Greece. Agiashvili produced it alongside John Edward Lee, Dimitri Birbilis, Deanna Plascencia and Chadwick Struck. Paramyth’s David Agiashvili served as Executive Producer.

The movie will premiere at the L.A. Greek Film Festival on May 31 at Hollywood’s Egyptian Theater.

The breathtaking village of Theodoriana, nestled in the Tzoumerka mountain range in Greece, looks like something out of a fairy tale.
Greek Food

The ''Ouzo'' restaurant is the best choice for those who want to experience the Greek and Mediterranean cuisine in Santa Marta, Colombia
Europe