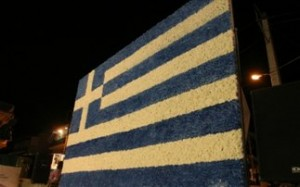 According to archpriest and Metropolitan of Bursa Elpidophoros Lambriniadis, the Halki Greek Orthodox Seminary on Istanbul’s Heybeliada Island may reopen after being closed for 41 years.

Its classrooms are being renovated and academics from Thessaloniki University have contributed to this renovation, Lambriniadis says.

Lambriniadis stated that the reopening of the school is of great importance to Turkey. It has been closed for many years; the potential reopening is an advantage for Turkey, as it shows Europeans an image of Turkey as a civilized country offering great education to its people.

Making a political remark, Lambriniadis stresses that, if the Seminary does not reopen, “Turkey will reveal its attitude regarding human rights”. And what matters to the European Union is exactly this.

Besides that, the monastery plans to offer courses in both English and Greek, unlike in the past when Greek was the only language of instruction.

“Our primary goal is to train clerics for our own community; that is the Orthodox. We are preparing to admit students from many nations”, adds Lambriniadis.

Put simply, the Halki Greek Orthodox Seminary is going to be a multi-cultural school, a fact that will contribute to Turkey’s image as a modern society.