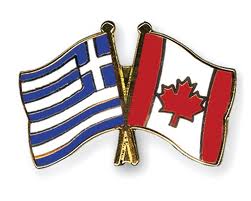 Canada has proven to be one of the five top countries investing in Greece during the last decade after the major investment of a Canadian company in Northern Greece, according to the Greek-Canadian Chamber of Commerce which is promoting the expansion of the Greek-Canadian trade collaboration.

During Konstantinos Katsigiannis’, President of the Hellenic-Canadian Chamber of Commerce, recent visits to Toronto and Montreal and his meetings with Canadian companies and corporate groups, it was pointed out that Canada exhibits increased interest in further targeted investments in Greece –under certain conditions.

The recent Canadian investment of 2.3 billion Euros in gold mines of Northern Greece indicates a ‘trust vote’ to Greece and its mining sector opportunities, explains Konstantinos Katsigiannis, adding that Canada is internationally acknowledged for its mining business with respect to the environment and the people affected by the process.