TechNews
GreekReporter.com Europe Nana Mouskouri: "Because of Their Politicians, Greeks Lived a Lie"

Nana Mouskouri: “Because of Their Politicians, Greeks Lived a Lie” 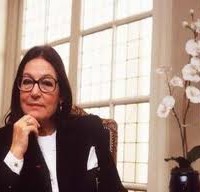 In her latest interview to German news magazine Stern, Nana Mouskouri spoke once again about the Greek crisis and confirmed her love for her home country. According to the well known singer, Greece was living a lie for 30 years because of its politicians, who would promise and do anything just to get reelected.

“Because of them, all Greeks lived a lie” highlighted Mrs. Mouskouri, who also puts the blame on the EU for accepting the smaller countries into the Union without the proper preparation.

According to newsbomb.gr, Nana Mouskouri claims to be afraid of what the future holds for Greece. When asked about her previous harsh statements for the Greeks, the 77-year-old singer answered that all truth must be told no matter how uncomfortable that is.

Mouskouri also referred to the current situation forcing many young Greeks to flee their country in search of better life and job prospects. “My sister has already had her pension cut. Fortunately, both her daughter and I are in the position to help her in case of need. There are many families in Greece that do not have this luxury. It will take years before Greece gets up on its feet again” added Mouskouri.

Mouskouri rejected any future involvement of hers in politics and claimed that her election to the European Parliament was due to her friends’ pressure. “I was very naïve back then. Following tactics to hold on to power was and will never be part of my world. What I can do is sing” concluded Mouskouri.

Greek and U.S. Coast Guard and naval forces conducted joint exercises in the Arabian Gulf in one of the most strategically-important areas of the world.
Food