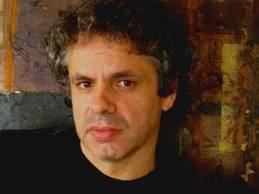 A painting exhibition titled ‘Entstehende Bilder-Emergence Images’, by the Greek artist Petros Batsiaris, was presented at the famous gallery ‘Die Ausstellung’ in Vienna. The exhibition will last through the 29th of March.

The attendees of the opening day of the exhibition included, among others, representatives of the art community and the Greek community, as well as delegations from Greece and Cyprus.

The exhibition is organized by the Austrian-Greek Society and the chairman of the society, Johan Beck-Managetta emphasized the importance of the exhibition and praised the artworks of Petros Batsiaris.

Petros Batsiaris talked about his new creations that concern the obscured chaotic dimensions of life. He also said that the exhibition is dedicated to the founder of the Austrian-Greek Society, Maria Mavromichali- Botsch, that passed away last August.

Petros Batsiaris was born in Evritania of Greece in 1959. He studied painting at the Athens School of Fine Arts, from which he graduated with honours in 1998.

He has had several individual exhibitions in Athens, Luxembourg, Brussels and Vienna, while he has also participated in numerous group exhibitions in Greece and abroad.