TechNews
GreekReporter.com Australia Up to 1000 Greek Taxi Drivers Will be Hired to Ease Melbourne's... 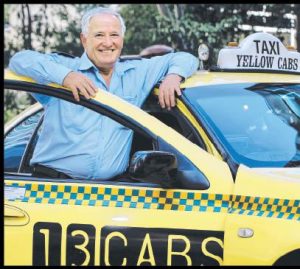 The Australian government plans to invite taxi-drivers from the economically ravaged nation of Greece, promising them guaranteed jobs and an attractive lifestyle in Melbourne, according to a recent article from the Herald Sun online newspaper.

That will radically change Melbourne’s image as history will be repeated. There was a period when Greek cabbies were a feature in the big Australian city and that is about to be revived.

Many candidates will attend a circle of seminars in Athens where they will be familiarized with the needs of Melbourne, as well as the relevant legal frame.

The seminars will have the form of preliminary tests for “students” applying for a “student visa”. The ones who will pass the “exams” will be allowed to work in Melbourne for 20 hours a week as taxi drivers.

Following that, the Australian Taxi Academy will employ training methods, such as use of GPS navigation lessons, driving, mentoring by experienced taxi drivers etc.

The standard driver training fee of up to 900 dollars will be waived for inductees. An alliance of taxi operators, including TaxiLink and Ambassador Taxis, is also planned.

There was a period when 80% of taxi drivers in Australia were Greeks, admits a Greek driver in Melbourne, pointing out that today’s percentages are extremely lower. That applies of course to many countries were immigrants are usually the one driving taxis.

Taxi drivers’ representatives in Melbourne are expressing their content that an innovation is at last about to be made in their field, and they seem pretty ready to welcome the Greek drivers.