GRNews
GreekReporter.comAustraliaLouis Mandylor in Melbourne for “How to rob a bank in 10... 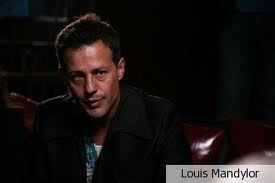 After a long and successful career in Hollywood actor, director and producer, Louis Mandylor, visited his home city of Melbourne in order to complete the shootings for his new film “How to rob a bank in 10 easy steps”.

The new film shootings started in January 2012 and are now finished, while the cast includes several Greek-Australian actors.

Louis Mandylor claims to have almost made up his mind on shooting his next film in Melbourne as well. The new project will be telling the story of a Greek-Australian man who gets tangled in the underworld.

The director commented on the current Greek situation and expressed his wish to be able to change the harsh conditions affecting the country and its people. He also expressed his hopes of shooting international productions in Greece, as this would help boost the economy and tourism.

The two brothers appealed to the young Greeks of Australia not to let go of their mother tongue. “Learning Greek is fun and beneficial” was the message sent by the Greek-born artists.