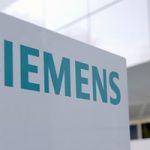 ATHENS – After long delays, Greece has reached an out-of-court settlement with German engineering firm Siemens, which was charged with bribing politicians in return for lucrative government contracts. Siemens, which reportedly was overpaid $2.6 billion, has agreed not to try to collect $105 million Greece owed for previous projects for which it was overcharged, and will instead contribute $118.1 million to anti-corruption campaigns in Greece, where it is rampant, and another $78.7 million in innovations, while Greece will invest $118.1 million in new projects with Siemens.
It also means Greece can soon proceed with getting signaling equipment from Siemens and start the process of opening seven Metro stations that have been ready for several years. Successive governments had held up signing a $59 million contract for the equipment until the scandal was settled. The Cabinet of interim Prime Minister Lucas Papademos has agreed to the arrangement but it still needs the ratification of the Parliament controlled by his hybrid government of PASOK Socialists and New Democracy Conservatives. He agreed not to pursue the entire $2.6 billion Greece was overcharged although the country, gripped in a deep economic crisis, has been taxing citizens and slashing their salaries.
More than a year ago, the Wall Street Journal reported corrupt business practices Siemens, which continues to flourish. The findings concluded, “Siemens paid millions of euros in bribes to various Greek governments to secure government contracts in sectors ranging from telecommunications to transport, covering a period from the late 1990s up to 2009.” According to Stop Cartel Siemens paid out $800 million to settle bribery charges in the U.S. while until now Greece has not received any reparations from Siemens, nor from the Greek ministers who boosted their personal coffers with the illicit payments. Fifteen PASOK and New Democracy ministers were named in a parliamentary investigation as receiving bribes, but only two have admitted their involvement and none have been prosecuted.
The German company will continue to operate its Greek branch, Siemens Hellas, whose former manager, Michalis Christoforakos, fled to Germany, where was also a citizen, after being implicated in the scandal and escaped prosecution in Greece but paid a $459,000 fine in Germany and received nine months probation. The crime carried a possible life sentence in Greece. The settlement includes a commitment by the German group to “encourage global companies to invest in Greece’s economic revival, as it is doing itself, “according to a statement by the finance ministry. Following parliamentary approval, Siemens would again be allowed to bid in Greek public procurement tenders, the statement added. A Siemens spokesman declined to comment.
The Greek claim focused on bribes allegedly paid by Siemens Hellas, the group’s Greek subsidiary, on contracts awarded by Hellenic Telecom, the state-controlled operator, between 1997 and 2002. One former Socialist minister admitted accepting a €100,000 payment from Siemens in 1998 as a contribution to the party coffers. The group was embroiled in the largest bribery scandal in corporate German history, involving suspected payments exceeding $1.3 billion made to customers and state officials to win contracts around the world. The United States forced an $800 million settlement.
(Sources: Kathimerini, Reuters, Financial Times)