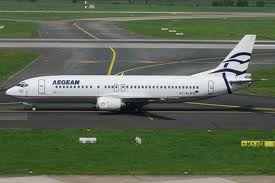 Aegean Airlines has announced the launch of a direct flight from Budapest to Athens from Friday, just a month after the bust of national airline Malev, which left Budapest without direct connections with the Greek capital, airport operator Budapest Airport told MTI.

Four weekly flights will operate between Budapest and Athens serviced by Airbus A320 jets, Kam Jandu, executive director of aviation at Budapest Airport, said in a statement.

Jandu said he welcomed the launch of the new flight to the popular Greek destination so soon after Malev ceased operations.

Budapest’s Liszt Ferenc International Airport is estimated to lose about 2 million passengers due to the Malev shutdown, the airport operator said earlier. There are several destinations where Malev was the only carrier, including Belgrade, Skopje, Sarajevo and Beirut, but these destinations are still not served by any other airline.