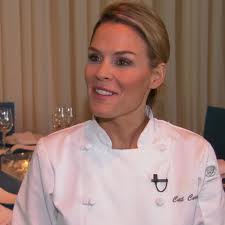 The Elton John AIDS Foundation Academy Awards Viewing Party is the most highly visible and successful fund-raising event in Hollywood on Oscar night. Over the past 20 years, this annual event has raised millions of dollars thanks to the generosity of the Foundation’s supporters.  The money raised is used to increase EJAF’s investments in its grant-making initiatives, which support HIV prevention and treatment programs, stigma reduction efforts, and direct services to persons living with HIV/AIDS, especially marginalized populations with special needs.

This annual event has historically attracted the biggest names from the culinary community to prepare dinner for guests and this year is no exception.  Celebrity chef Cat Cora, supported by Los Angeles Crumble Catering, will prepare an exquisite 5-course meal for guests that will include sesame encrusted lamb meatballs with harissa yogurt, sauteed sea bass with lemon couscous and piquillo pepper saffron sauce, and chocolate budino with whipped cream and fresh berries.  Cat Cora made television history when she became the first and only female Iron Chef on The Food Network’s “Iron Chef America,” has authored three top-selling cookbooks, and opened three restaurants including Cat Cora’s Kitchen, which opened in April 2012.

Following dinner Grammy nominated Foster the People will perform for guests.  Best known for their hit single “Pumped Up Kicks” off their debut album Torches, this trio will have guests moving to their towering choruses, gut-leveling lyrics and rhythmic beats.