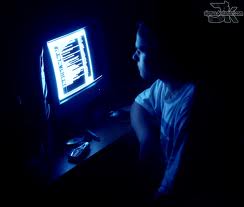 While the Greek police are accusing three high school students of launching a cyber-attack against the Ministry of Defense, an 18-year-old suspect detained claims to have nothing to do with the Anonymous hacking group or the website attack.
“I have owned a PC since I was a baby. Now I am a member of the Greek Hacking Scene. But that’s it. We are against politicians and we use computer hacking to fight for a better and more just Greece free of corruption” stated 18-year-old user ‘Delirium’ to Eleftheros Typos daily.
Apart from the 18-year-old, a 17-year-old boy and a 16-year old boy are also facing the same charges of illegally accessing computer systems.
The father of the 16-year-old insisted that his son had no connection to the cyber attack, and was the first to inform the police when he realized his son had been engaging in hacking activities.
The police have confiscated the boys’ PCs and 12 hard disks, while they are also trying to find out whether the three suspects are also connected to cyber-attacks launched in Turkey, Albania and FYROM.
Besides the official website of the Ministry of Defense, the three youngsters are allegedly the ones who have brought down the websites of the PM’s office, the Ministry of Citizen Protection, the Greek Police and many other state bodies and organizations.
According to the police, the three hackers launched organized attacks against the Greek websites using the general nickname “GHSΗ” (Greek Hacking Scene) and the personal nicknames “delirium”, “nikpa” and “extasy”.