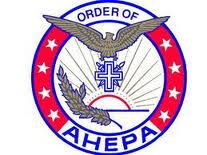 The Montreal AHEPA Family donated $130,000 to the Giant Steps School for children with autism on February 11, 2012. The funds were raised from the 13th Annual St. Valentine’s Ball, a gala affair that since its inception has amassed donations of over $530,000 to children’s causes in the Montreal area.

In the past years, this event has supported institutions such as the Shriners Hospital for Children, Montreal Children’s Hospital, St-Justine Hospital, Giant Steps Foundation and the Children’s Wish Foundation.

The focus this year was Giant Steps Foundation, which was founded in order to offer financial support to the Giant Steps school; the only educational and therapeutic institution in Quebec that caters exclusively to teaching children with autism. The school is the only one to offer the «one on one» model where each child is assigned to a personal educator, and it boasts the largest team of professionals specialized in autism in Quebec and the widest variety of therapeutic services under one roof: speech therapy, occupational therapy, music therapy, play and social skills, computers and adapted technology, essential skills of daily living and behavior management.

“For thirteen years, through this annual event, the Montreal AHEPA Family has extended a helping hand to our neighbors in the greater Montreal community,” said Peter Scoufaras, co-chairperson of the ball.

“This fund-raiser is all for the love of children – we want to make an impact on the community while raising money for children’s causes in Montreal,” said his co-chair, Helen Hiotis. “It has become a signature event in Montreal’s Hellenic community, bringing together people from different communities to have a good time for a good cause.”

In attendance were the Senator Leo Housakos, since this event was held under his auspices, along with his wife Dimitra; Senators Jacques Demers and Francis Fox; Honorary chairman and Executive Vice President at the Royal Bank Tony Lofredda and his wife Angie.

The event was attended by over 350 people, including AHEPA Canadian President George Vassilas; Canadian President of the Daughters of Penelope Christina Andrews; Montreal Chapter Presidents Dr. Ioanni Bougas with his wife Areti and Dr. Hellen Christodoulou; Chairman of the board at Giant Steps Nicholas Katalifos along with his Mary; Director of the board at Giant Steps Foundation Francine Langan with her husband André Pagé; His Excellency Greek ambassador Eleftherios Anghelopoulos with his wife Anastasia Anthi; business mogul Steve Tsatas with Effie; Me François L’Heureux with his wife Marie Brouillet; Me Gerry Sklavounos, MNA for Laurier-Dorion; Vice President of the CRTC Tom Pentefountas with his wife Tina; Me Dennis Kounadis with wife Mary; Pauline Hiotis, top awarded real estate agent in Quebec, with husband Darrel Seal; Montreal police Commander Peter Lambrinakos; Radio personality and MC of the night Orla Johannes with husband Chris Konstantopoulos.

AHEPA is the largest Greek-American association in the world with chapters in the United States, Canada, Greece, Cyprus, and sister chapters in Australia and New Zealand, United Kingdom, Turkey, and Bulgaria. It was established in 1922 by visionary Greek-Americans to protect Hellenes from prejudice originating from the KKK, and in its history, AHEPA joined with the NAACP and B’nai B’rith International to fight discrimination. The mission of the AHEPA family is to promote the ancient Greek ideals of education, philanthropy, civic responsibility and family and individual excellence through community service and volunteerism.

For more information about AHEPA in Canada, please visit www.ahepacanada.org