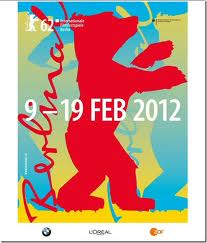 Clive Owen, Diane Kruger, Robert Pattinson, Uma Thurman and Michael Fassbender are only some of the many celebrities that will walk the Red Carpet of this year’s Berlinale.

The Greek presence might not be as strong as in previous years but it is definitely there, and particularly noteworthy because of the tense relations between Greece and Germany lately.

Greek director Spiros Stathoulopoulos’ feature film “Meteora” will compete for this year’s Berlinale Bears. “Meteora” is set in Greece, and explores the dynamics of spirituality and human desire, told through the story of a Greek monk and a Russian nun.

Stathopoulos’ film has already premiered at the Directors’ Fortnight at Cannes and won the Directors’ Award at the International Thessaloniki Film Festival. The success of the film has resulted in a joint Greek-German co-production.

Another Greek film to be screened at this year’s Berlinale is Angelos Abazoglou’s documentary film “Mustafa’s Sweet Dreams”, which will enter the Generation 14+ Competition for young directors.

In addition, the experimental 8-minute-long film “Austerity Measures” of Guillaume Cailleau and Ben Russell, shot at the infamous Athens neighborhood of Exarchia, was officially chosen by the Berlinale to be screened on February 11-12 at Forum Expanded.

Last but not least, the 62nd Berlinale will hold a tribute screening of “The Weeping Meadow” in memory of the late Theodoros Angelopoulos.