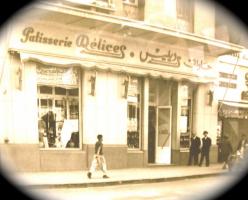 A Greek entrepreneur in Alexandria of Egypt, Mrs. Aliki Antoniou, was recently presented with an important award by the Minister of Tourism of the country, Dr. Monir Fakhri Abdel Nour, according to a report of the Greek Community’s newspaper “Neo Fos”

Owner of the historic patisserie “Delices”, Mrs. Antoniou’s distinction was also featured in the last issue of the weekly “Al Badr Gadida”. During the Awards’ ceremony, all “effective tourist agents” have been recognized for their contribution to the Egyptian economy.

The event was attended by a representative of the Press and Communication Office of Greece in Cairo.

The business activities of the Antoniou family in Egypt began in 1922, and Mrs. Aliki Antoniou has been a shining example for the Greek Community, with her contributions to the Lyceum of Hellenic Women.