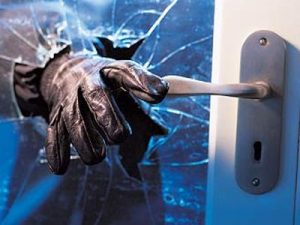 A Greek tourist was robbed of her cash, passport and airline tickets in a home after she befriended locals in the Bay of Islands.

The woman, in her 40s, was due to leave tomorrow after a month-long journey of a lifetime around New Zealand.

But on Thursday morning her favourable impression of Northland was shattered after a backpack containing all her important documents, 1500 euros, and credit cards was stolen from her motel room.

Once the woman’s plight became known, police, locals and fellow visitors contributed cash and helping her re-organise her way home.

Paihia Police Sergeant Peter Masters said the woman had a chance meeting with three men when she asked for directions to Long Beach while travelling in Russell on Wednesday.

After visiting the beach the woman and three men ate at a restaurant in Russell. Later in the day one of the men returned to Paihia with the woman to where she was staying.

Mr. Masters said the woman fell asleep and when she woke her backpack had been stolen.

Her rental car was stolen from the motel between 4am and 5am yesterday. Police found it burnt out on the road to Elliot’s Bay near Russell.

Mr. Masters appealed to anyone who may have seen the Silver Toyota 2011 hatchback with the registration number of GEK762 to report to police.

“Tourism plays an important part of the Russell and Paihia communities. This poor woman is taking back bad memories of the Bay of Islands and good memories of the rest of New Zealand that will get shared worldwide,” Mr Masters said.

He said she was used to travelling alone and liked to talk with locals where she visited.