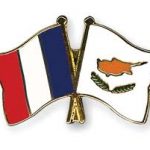 Cyprus and France have signed an agreement of cooperation between their armed forces for 2012, Demetris Eliades said on Tuesday, the 24th of January.

Describing the meeting as “quite interesting,” Eliades said Combes’ visit took place in the framework of the defensive agreement between the two countries.

“Towards that direction, a programme of cooperation between the armed forces of the two countries for 2012 was signed earlier,” he added.