GRNews
GreekReporter.comEuropeLondon 2012: Olympic Flame to Be Lit By Sun Rays

London 2012: Olympic Flame to Be Lit By Sun Rays 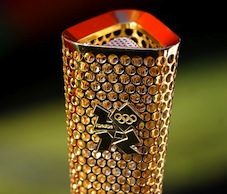 The Olympic Flame will be lit by the sun’s rays on the morning of May 10th in Greece at the start of its journey to the London 2012 Games, Lord Coe has announced.

An hour-long lighting ceremony amid the historic ruins of the home of the ancient Games at the Temple of Hera in Olympia will signal the start of an eight-day relay around Greece before the flame hits British shores, starting in Cornwall.

The flame is due to arrive at the Panathenaic Stadium in Athens on May 17th, where a London 2012 representative will be ready for the official handover.

Lord Coe, the London 2012 chairman, said: “It gives me great pleasure to confirm May 10th as the flame lighting date and Royal Naval Air Station Culdrose as the Olympic Flame’s arrival point into the UK.

“My team is looking forward to working with the Hellenic Olympic Committee, the Ministry of Defence and our commercial partners to create exciting events to mark the flame’s Greek provenance and its arrival to our shores.”

Once in Britain, the flame will be taken on a nationwide 70-day relay, from May 19th to July 27th, ending with the lighting of the Olympic cauldron at the opening ceremony.

The Greek leg of the torch relay is set to showcase the beauty and history of the Greek mainland and islands to the world, according to London 2012.

London 2012 will only say they are inspirational people from the UK and that more would be revealed closer to the time of the Olympics.

The Olympic Flame will then be the guest of honour on board a gold-liveried Airbus 319, flight number BA2012, which will take it from Athens to Britain.
(source: news uk msn)