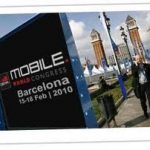 Barcelona is proud to host the GSMA for the 7th consecutive year in 2012 from Monday, February 27, 2012 to Thursday, March 1, 2012, at the exhibition centre Fira Barcelona in Barcelona, Spain.

The 2012 Mobile World Congress conference programme welcomes the top keynote speakers from the mobile communications market. Among them will be a Greek company that has recently created an internet application called ‘taxiplon’.

The MWC is recognised as the world’s premier event for mobile industry networking, business opportunities, and deal-making. Barcelona will not only host the Mobile World Congress (MWC) but will also become a permanent technological and cultural center which aims to boost and create new business opportunities and global awareness of the potential of mobile communications.

The 2012 Global Mobile Awards presentation is on the afternoon of Tuesday, February 28, 2012 during Mobile World Congress.