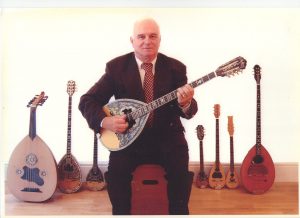 Due to the participation of the New Generation of the Greek Diaspora’s Music School in the Opening Event of the London 2012 Olympic Games, music teacher and composer Yiannis Polykandriotis is being recognized for his efforts in keeping the Greek traditions alive amidst the second or third generation of Greek-born children in the UK.

When he founded his traditional Greek Music School ten years ago, Yiannis Polykandriotis had decided to follow the footsteps of his father, Theodoros Polykandriotis, in teaching the art of the bouzouki, baglama and tzoura to the younger generations.

Starting off with a small group of students, the Music School was soon ready to present a lively music programme to audiences and began growing in numbers. To date, the number of students is over 50 and there are five different schools around London.

The Music School operates under the auspices of the Ministry of Education and Culture of the Republic of Cyprus, and has become a new communication channel between Diaspora Greeks and Greece.

The latest distinction bestowed upon the Music School with its participation in the Olympic Games 2012 has been thrilling news to the 40 male and 10 female bouzouki-players of the School. 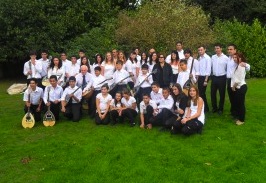 What still needs to be clarified is how much time the Music School will have at its disposal to play Greek traditional music at the Opening Event.

Mr. Polykandriotis, born in 1946, is an acclaimed teacher of “Rebetika” and has accompanied some of the most popular Greek artists on television and on-stage with his bouzouki . Having toured in several countries for concerts, he now lives in the UK and passes on his knowledge concerning Greek traditional instruments to his students. Mr. Polykandriotis also has a radio programme called ‘Rebetiki Anthologia’ on London Greek Radio (LGR 103.3FM) every Saturday between the hours of 9:00pm and 10:00pm (UK time).