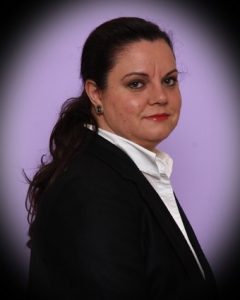 Translator Harikleia Sirmans is pleased to announce the publication of her first English translation of the novel The Agony of Survival, by Greek author Dr. Spyros Vrettos.
Originally written in Greek in 2007, The Agony of Survival by Dr. Spyros Vrettos is the first novel of a trilogy which deals with the most vital issue of survival, in its entire manifestation.
Harikleia Sirmans says of her translation: “Translating The Agony of Survival was like writing a new book, while maintaining—as much as possible–the author’s style, language, and narrative tone as well as keeping in mind the American audience, their culture and language idioms. It was an arduous task that involved research in dictionaries, thesauri, and other reference books in both English and Greek. When I started the translation, I had to handwrite it because, at the time, I did not own a computer or have access to one.”
Aris, the main character of the story, an investor and representative of high technocracy, realizes that something extremely menacing is developing worldwide. Extended natural disasters continuously afflict particular areas of planet Earth. Earthquakes and diseases emerge more often in the universal spotlight, while complicated and peculiar disasters threaten the foundations of the worldwide economy. Aris selects an area of rare beauty to live, to invest, and to connect electronically with the world.
About the translator:
Harikleia Georgiou Sirmans grew up in Greece. At the age of 17, she started her own tailoring business. In 1990, she came to the United States, where she graduated from Valdosta State University with a B.A. in English Language and Writing and a minor in French. She returned to Greece and spent one year in Athens and six months in Paris trying to utilize her degree. During that time, she started translating The Agony of Survival and finished it in two years. Currently, she works as a cataloger at the public library in Valdosta, Georgia, while she pursues her Master’s in Library and Information Science from VSU.
Author contact: Dr. Spyros Vrettos at lefkasgreensalv@yahoo.gr
Translator contact: Harikleia Sirmans at hgeorgiou@bellsouth.net
(source:Press Release)