Juror Theodora Dallas Jailed For 6 Months For Contempt of Court 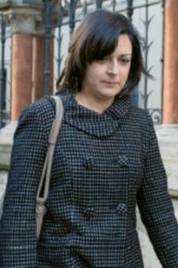 Greek former psychology lecturer at the University of Bedfordshire, Theodora Dallas, 34, was sentence to 6 months in jail by the UK High Court after doing online research on a GBH (grievous bodily harm) trial while she was on the jury.

According to information, the Greek academic had looked up the meaning of GBH on the Internet and more particularly in Luton, where she found information on the defendant, who had been accused of the same crime in the past. Upon sharing this information with other members of the jury, Dallas was charged with contempt of court.

According to the High Court, by doing the online research and letting others know of her findings, Mrs. Dallas was interfering with the law and was not following the exact directions of the court that the jury must base their decision solely on the evidence presented at court.

Dallas told the High Court that her understanding of English is not always perfect and that she did not realize her actions were disrupting the course of justice in any way.

Despite her lawyer’s appeal to the Lord Judge for a suspended sentence, Dallas will have to follow through the custodial sentence.