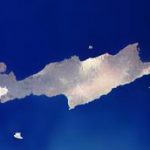 Despite the fact that there was a decrease of arrivals of Dutch tourists in Greece in the past three years, the Greek island of Crete ranks 6th as a vacation destination for Dutch people.

According to the Chamber of Commerce of Rethymno, the promotion of Crete as a tourist destination began during the Dutch Tourism Fair “Vakantiebeurs 2012” (11-15 January 2012) held in Utrecht, where Crete and Greece have been promoted a lot, in order to expand Greece’s share in the tourism market of The Netherlands.

During the Tourism Fair, representatives of Greece met with major tour operators that work in Greece and discussed conditions required to increase arrivals from The Netherlands, since arrivals from the Dutch market to Greece have decreased in the past three years.

The regional unit of Rethymno emphasized that most publications concerning Greece have not been very flattering due to Greece’s crisis, and thus it seems that the ticket reservations for Greece have been reduced.

On her part, the new chief of the Greek National Tourism Organization – Netherlands, Mrs. Kostopoulou, emphasized that the tourism promotion of Crete would be fulfilled through foreign journalists’ trips there, aiming at presenting potential tourists with the modern aspect of the island.

China Lands on Mars: Tianwen-1 Rover on the Red Planet