GRNews
GreekReporter.comGreek NewsTrilingual Greek Tragedy to Be Presented in Israel

Trilingual Greek Tragedy to Be Presented in Israel 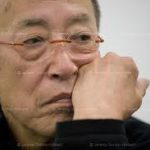 According to the Mainichi Daily News, Japanese theater director Yukio Ninagawa is planning to direct “The Trojan Women,” a tragedy by the Greek playwright Euripides, in Tel Aviv and Tokyo in December. The actors will speak in Japanese, Arabic and Hebrew.

The director believes that his plans for the production of a trilingual Greek tragedy would bring hope to people suffering from the conflict between Israel and the Palestinians.

Ninagawa is scheduled to hold an audition for actors during his stay in Israel until Sunday, before a month of rehearsals beginning in November in Japan, Mainichi Daily News reports.

Yukio Ninagawa is particularly known for his Japanese language productions of Shakespeare plays and Greek tragedies. He has directed Hamlet six different times.

Although most famous abroad for his touring productions of European classics, Ninagawa has also directed works based on contemporary writing from Japan, including the Modern Noh plays of Yukio Mishima (which toured in New York’s Lincoln Center in early summer 2005) and several other plays by Japanese dramatists, including Shūji Terayama and Kunio Shimizu.

His production of Titus Andronicus was performed in England in June 2006, at the Royal Shakespeare Theatre in Stratford and the Theatre Royal in Plymouth. In 2007 his company participated in the Barbican International Theatre Event (BITE) series at the Barbican Arts Centre in London, with their production of Coriolanus.