Greek-American Filmmaker Raised $20,000 for Production of ‘The Foreigner’ 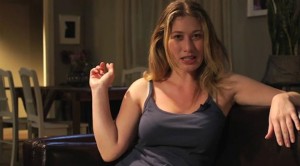 Alethea Avramis is a first-generation Greek-American from southern California (her father hails from Koroni, Peloponessos) who grew up traveling to Greece throughout her childhood. Like many Greeks, Alethea strives to use her talents and aspirations as a means to connect with, and promote, Greece. Someday, she hopes to have a production company that’s based both in Los Angeles and Athens, and considers it very important to employ Greek talent to work on her films, especially in a time of such financial strain.

Alethea managed to produce her film ‘The Foreigner’ to its full potential through so-called ‘crowd funding’, by asking internet users and investors to support her work financially via websites such as www.kickstarter.com, www.indiegogo.com and www.rockethub.com.

Alethea managed to meet the $20,000 goal she set, and now the film shooting has been completed, with the film ready to premiere at International Film Festivals.

The Foreigner is a short film about a tiny Greek village in danger of losing its official status as a registered town unless it miraculously gets its population to boom – and fast. When a foreigner stumbles into the isolated village one day, the mayor, Kostas, takes it upon himself to rally the townspeople to try and convince the man to stay.

Set amidst the backdrop of the current Greek economic crisis, The Foreigner explores themes of national identity, pain, loss, and friendship- all through a comedic lens. This project also served as Alethea’s thesis film for the MFA Directing program at UCLA’s film school.

For further information about the film please visit the following website: http://www.theforeignerfilm.com/