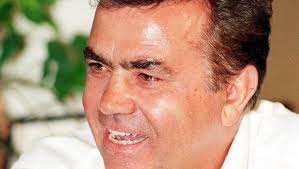 Thomas Voulinos, who was PAE PAOK president between 1989 and 1996, died on Tuesday of cancer. He was 72 years old. His tenure as PAOK president lasted 7 years.
Thomas Voulinos came into direct conflict with the fans following serious episodes of hooliganism during a PAOK–Paris Saint-Germain match for the UEFA Cup in the past, which led to PAOK’s exclusion from UEFA European competitions for five years, and eventually, to financial ruin. This caused outrage among PAOK’s devoted fans.
Representatives of PAOK FC expressed sympathy to the family and relatives grieving the death of their beloved Thomas Voulinos. His funeral was held on Wednesday, at 16:00 in Thessaloniki.