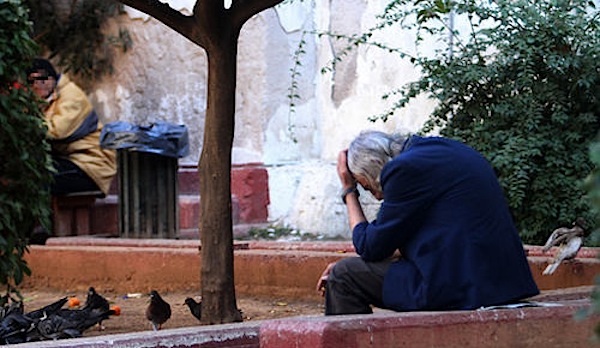 Last year, was the worst year economically after the regime change. The situation in Greek society had already become dramatic even before the coming of the hardships that were gathered throughout the year, with a background of continuing taxation and the consecutive income decreases.
Τhe figures released by the Greek Statistical Authority on 2010 are shocking. Suffice it to mention that poverty is testing 3 million Greeks – in fact 3,030,900 people…
In detail, according to the Authority, the monetary poverty line is at the annual amount of 7,178 euros per person and 15,073 euros for households with two adults and two dependent children under the age of 14 years.
The average annual individual equivalent income is 13,973.94 euros and the average annual disposable income of households is at 24,224.38 euros. Households at risk of poverty are estimated at 868,597 and their members at 2,204,800.
The poverty risk for children between 0-17 years is 23% and is higher by about three points from the percentage of the total population.
Furthermore, the risk of poverty for people over 65 is estimated at 21.3%, while those living in households where people have no work or are working part time, reach 544,800. That is 60,000 more than last year.
(source: ELSTAT, capital)