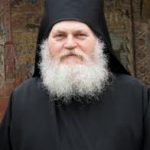 An appeal addressing orthodox citizens to support the Abbot of Vatopedi Monasteri, has been issued by the head of St. Andrew the Apostle Foundation and President of the Russian Railways Vladimir Yakunin, characterizing the actions taken by Greek judicial authorities as unjust.

“We contacted Ecumenical Patriarch Bartholomew, Patriarch Cyril of Moscow, the Primates of all local Churches and all orthodox people. We believe a blatant injustice is being committed and we must not only pray, but also express that we are not going to compromise with this injustice”, stated Mr. Yakunin to Russian TV network “Kultura”.

St. Andrew the Apostle Foundation had arranged the welcome ceremony for the Holy Belt and abbot Ephraim in Russia in autumn and Mr. Yakunin had personally escorted him to the residence of the Russian Prime Minister, Vladimir Putin.

In its latest announcement, the foundation mentions that “the order and persistence, evident in the persecution of the Athonite elder, allow us once again to assume that the separate litigation between Vatopedi Monastery and the Greek state, constitute a reason to affect the foundation of values of the European community and an attack on global Orthodoxy, the spiritual center of which is Holy Mountain Athos” and expresses his surprise because “Greek judicial authorities ignored the unanimous appeal of the Holy Community of Mt. Athos in support of the priest, and that expressed by tens of thousands of orthodox people in online social networks”.

The announcement of the Russian Foundation concludes with an appeal to the faithful “to show their indignation on the inhumane decisions of the Athens Court of Appeal chamber, and following the example of orthodox citizens in Russia and Cyprus, to organize protests at the Embassies of Greece and the agencies of the European Union in several states”.