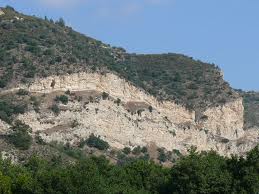 The Department of History and Archaeology of the Aristotle University of Thessaloniki conducted an archaeological project at the pre-Neolithic site of Vretsia-Roudias in the Pafos district of Cyprus.
Under the direction of Professor Nikolaos Efstratiou, the team discovered important findings about the island of Cyprus during the end of the Pleistocene and beginnings of the Holocene period.
The investigating team included undergraduate and postgraduate students of the Aristotle University and Cypriot archaeologists and special scientists.
According to the Department of Antiquities’ press release, the main aim of this year’s project was to further investigate the excavated area, to continue the removal of the site’s fill, to study the site’s stratigraphy, to further reveal the so-called stone-paved area that was identified in 2010 and finally to conduct geoarchaeological research at the site.
The most impressive result of this year’s investigation was the total depth which was reached: over 1, 20 m of archaeological layers were excavated revealing an impressive stratigraphical sequence.This sequence allows for the finds to be easily associated with clearly defined layers, contributing towards the better understanding of Cyprus’ typological and technological sequences related to the beginning of the Holocene, to which the site belongs to (the Epi-Paleolithic period and the early Neolithic (10.000 – 6.000 B.C.).
In addition, the site’s deep stratigraphy may be suggesting the existence of even earlier phases of the island’s prehistory. In this sense, the site of Roudias seems to be developing into one characterized by an interesting dynamic
Amongst the archaeological finds this year are substantial quantities of stone tools of varying sizes, confirming the theory that the site was regularly visited and perhaps seasonally inhabited by groups of hunters and gatherers throughout Cyprus’ early prehistory, from the 10th millennium B.C until the mid 7th millennium B.C (Fig. 4.)
The third excavation period at the upland site of Roudias confirms the excavators’ initial assessment concerning the role of Cyprus’ mountainous hinterland areas during the yet unknown to us developments of the end of the Pleistocene and beginnings of the Holocene period on the island.
Once more the research team the Aristotle University of Thessaloniki wishes to thank the Cyprus Department of Forests for its invaluable support of the work on the Troodos mountains.

Halcyon Days: When Spring Appears in the Middle of Winter in Greece