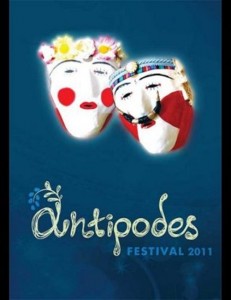 The Antipodes Festival was first organized in March 1987 after an initiative taken by the Greek Orthodox Community of Melbourne and Victoria.

The first foundation meeting was held on March 25, 1986, in which the first “Committee” was elected to prepare and organize the Antipodes Festival under the auspices of the community.

In October, 1984, within the framework of the meetings of all Greek-Australian Communities with representatives of the then Andrea Papandreou government, the possibility of creating a new cultural body proving the strong cultural diplomacy followed by the Greek government was discussed.

The delegation of the Greek-Australian Community came in touch with composer Christos Leontis, who responded positively in joining the first Antipodes Festival three years later.

According to the former Secretary General of the Greek Diaspora, the major cultural activities of the Greek-Australians are like prototype models for all the Greek communities around the world.

Thus, the Antipodes Festival has set an example over the years, full of enthusiasm and great response on behalf of the public. With its exciting programme and multiple events, the Festival is considered to be one of the best.