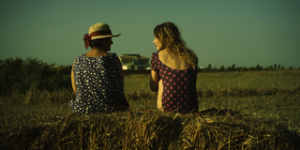 Greek-Cypriot “Fish n’ Chips” directed by Elias Dimitriou was screened on November 23, within the 7th European Union Film Festival in Toronto and was presented with the 3rd award among 24 countries.

According to an official announcement, the film was screened in one of the biggest cinemas of Toronto and was prefaced by Consul General of Cyprus to Toronto, Mr. Iakovos Kirakosian.

The Greek-Cypriot film was warmly accepted by the audience and the organizers of the festival in terms of interesting scenario, plot, staging and visual quality.

“Cyprus’ participation in the festival has been a wonderful opportunity to present contemporary Cypriot cinema to the world. This film is telling us the story of a migrant and his effort to return back to his home country” reads the announcement.

The European Union Film Festival is being co-organized by Diplomatic Missions and Cultural Institutions of the EU Member States. It has become a cultural tradition over the years and gaining more interest from the local and international media.

The General Consulate of Cyprus to Toronto has been participating in the festival since 2004, the year of Cyprus’ accession in EU.

The film’s story revolves around Andy, a hard working Cypriot immigrant in London who deep-fries his way into oblivion, decides to leave London for his native Cyprus. Having slaved away for others his entire life, he finally opens his very own chip shop at home. But his dream turns into a nightmare, as he seems to have overlooked one small detail: Cyprus just isn’t London.