Is Jennifer Aniston Really Getting Married? 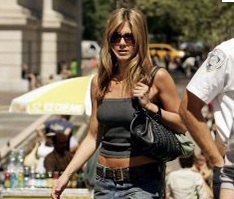 Jennifer Aniston and her boyfriend Justin Theroux are planning to elope in Cabo San Lucas, Mexico, according to OK! magazine.

In this week’s issue of OK!, which hit newsstands Thursday, an “insider” claims that the star couple plan to tie the knot in Cabo San Lucas, Mexico next month. “It’s definitely going to happen, and right now it’s looking like sooner rather than later,” the source says.

The lovebirds, who have been dating for several months, have been dodging engagement and pregnancy rumors for a long time.

But this certainly isn’t the first time the magazine has reported news of Aniston and Theroux’s impending nuptials. In September, OK! proclaimed that the couple was warring with Aniston’s ex, Brad Pitt, and his girlfriend Angelina Jolie, for the year’s best nuptials. Both couples, however, remain unmarried.

Aniston and Theroux first stepped out together as a couple in June, and are reportedly living together. Aniston recently told HELLO! magazine that she has no plans to marry in the near future: “I am not planning to get married any time soon.”