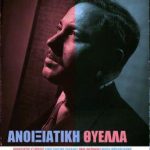 For the first time in Greece, ‘Spring Storm’ by Tennessee Williams takes to the stage at the Technopolis Theatre, Gazi on Friday, 2 December, under the direction of Vassilis Christofilakis.

The tragic play, one of Tennessee’s earliest scripts, was written in 1937, when he was in his mid-twenties and an Iowa student, attending a playwriting workshop. It is southern mississippi love story about a young woman, torn between two men in her life, her trials and tribulations  of trying to make a choice between them and the consequences of their romantic entanglements that tear their lives apart.
Spring Storm, although written in 1937, was not discovered until twenty years after Tennessee’s piteous accidental death in 1983. Its first production was in 1995, and surprisingly, the play depicting the tragic nature of human existence  did not receive great acclaim. However, since then, theatre companies around the world have taken the long lost script under their wings, giving their audiences the opportunity to see one of the first scripts written by a great playwright. 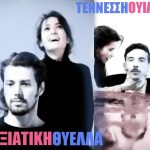 Vasilis Christofilakis, the director, says he chose to direct Spring Storm because Williams created characters and situations that would become his signature much later on. All the major theatrical works somehow weaved themselves into the plot. Christofilakis says, “the play was the matrix within which the characters were to establish Williams as one of the greatest playwrights”. He also finds the play particularly interesting, due to the fact that it was a serious attempt of  young ‘Tom’ (Tennessee) at laying the path for his future as a writer.
Translation: Vassilis Christofilakis – Nadia Peristeropoulou
Lights: Vasilis Christofilakis
Assistant Director: Lydia Chronis
Photos: Sotiria Psarou
Cast: Maria Beligianni, Panagiotis Exarheas, Enke Fezollari, Konstantina Takalou, Nadia Peristeropoulou, Chrysoula Zivopoulou, Margarita Kastrinou, Tassos Karakyklas, Natasha Oikonomopoulos and Voula Stylianou
“Technopolis” (D9) – Piraeus 100 – Gazi
Performances: Friday, 2 December & Saturday, 3 December at 21.00, Sunday, 4 December at 20.00
Duration: 120 minutes