GRNews
GreekReporter.comGreeceCelebration for Title of European Youth Capital 2014 in Thessaloniki

Celebration for Title of European Youth Capital 2014 in Thessaloniki 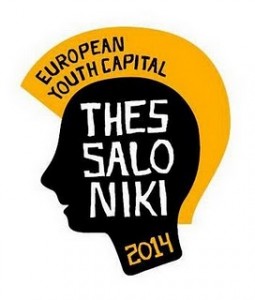 During the competition of the European Youth Capital (EYC) 2014 that took place in Braga, Portugal, the Greek city of Thessaloniki won the title.
The Deputy Mayor of Youth, Sports, and Volunteers, Maria Paschalidou stated, “The winning of the title caused great satisfaction to the participants because they have done much work as volunteers, despite the fact that they had a little time to prepare for their candidancy”.
On 22nd of November a celebration will take place in Thessaloniki and all people are invited to join it. On December a conference will be held with previous candidate countries in European Youth Capital (EYC) in order to exchange experiences regarding this competition.
About ‘European Youth Capital’
The first European Youth Capital was Rotterdam (the Netherlands) in 2009.The European Youth Forum awarded the EYC 2010 title to Turin (Italy), EYC 2011 to Antwerp (Belgium), EYC 2012 to Braga (Portugal) and EYC 2013 to Maribor (Slovenia). The title is given to the city that presents a yearly comprehensive program of actions, ideas, suggestions and cooperation for young people on a local, national and European level. Moreover, this initiative doesn’t fund construction or infrastructure projects, but a specific program that highlights the qualities, ideas, and dreams of youth.