Consul General Eleni Lianidou: “Greece is the Victim of Myths” 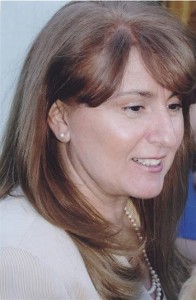 According to the Herald Sun newspaper, Greek Consul General to Melbourne Eleni Lianidou believes that Greece is the victim of myths.

She also said  that about 2000 Greek Australians had come home, mainly to Melbourne, in the wake of austerity measures in their ancestral homeland.

Mrs Lianidou said many young Greek citizens were also looking to migrate here because of the lack of opportunities in Greece.

Several hundred people attended a skilled migration expo held recently in Athens by the federal Immigration Department. Australia is trying to lure workers from fields such as health-care, engineering, construction, and mechanical trades.