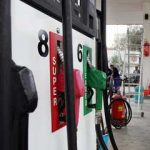 rosecutor Spyros Mouzakitis has launched an investigation into the circumstances surrounding the recent resignation of Diomidis Spinellis, the General Secretary of Information Systems at the Finance Ministry, who was said to have quit because fines imposed on companies for illegal fuel trading were not collected and that the ministry reportedly canceled those that were while a wave of new taxes is being assessed on Greeks to help the country stave off bankruptcy.
The newspaper Kathimerini reported that Spinellis submitted his resignation after officials at the Finance Ministry allegedly refused to collect the fines and failed to conduct checks on the companies that had been fined, while waiving other fines without explanation. Spinellis had reportedly been in regular contact with Prime Minister George Papandreou, who is urging Greeks to sacrifice for the good of the country, about using the information available to the government to clamp down on the illegal trade in fuel, which is estimated to cost the public coffers as much as 2 billion euros per year in lost revenues. That comes as Finance Minister Evangelos Venizelos has implemented a new emergency property tax that is being put into electric bills under the threat of having power turned off, wages garnished and properties seized if citizens refuse to pay.
Sources told Kathimerini that a circular issued by the General Secretary for Tax and Customs Affairs at the Finance Ministry, Yiannis Kapeleris, asked authorities to freeze the process of fining gas stations that had missed the deadline for submitting paperwork to claim returns on special consumption tax. Heating oil distributors are allowed to claim back part of the tax on the fuel they sell to homeowners by registering the details on the Hephaestus system, which is monitored by tax authorities. Inspectors found that some of the information entered was incorrect or had not been entered on time.
Spinellis officially claimed he was resigning for “personal reasons,” but sources told Kathimerini that Kapeleris’s circular was one of the main reasons that he quit. Venizelos said he had been aware of Spinellis’s intention to resign but would not comment further, although the case is illustrative of Greeks anger at what many feel is a system favoring the rich and politically connected while they are being asked to bear the burden of the country’s collapsing economy.