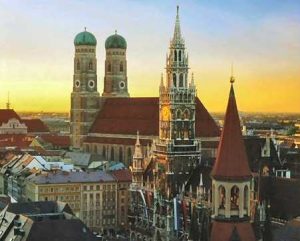 While Greece’s historical tendency to high-indebtedness is notorious, with its first recorded default in the fourth century BC and more in the late 19th and early 20th century, it is less well known that Germans have come to Athens’ aid before.
Some in Bavaria even say that their long shared history has created a special empathy for Greece’s plight.
Bavaria’s ruling Christian Social Union (CSU), part of Chancellor Angela Merkel’s Conservative bloc, has taken a tough line in the present euro zone debt crisis, calling for countries who repeatedly flout the rules to leave the single currency.
But it has also stressed its solidarity with Greece, so far the member worst hit in the crisis, and said that it is a fundamental part of the European Union, with a shared European history.
During the 19th century newly independent but penniless Greece was bankrolled by Europe’s Great Powers of France, Great Britain and Russia. King Ludwig of Bavaria supplemented these loans to help his ill-fated son.
In Bavaria, Otto helped forge an affection and empathy for Greece, which has held up at a time when many Germans are incensed at the euro zone bail-outs and stirred by media characterizations of Greeks as lazy and corrupt.
“We see here that Greece still has the same problems it always had. A lack of industry and regulation,” said the King Otto Museum’s Murken.
(Read the whole story: Reuters)