We Won't Pay? Many Greeks Are 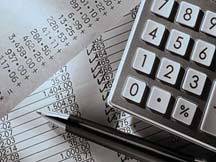 ATHENS – Despite rising public anger over a slew of new tax measures that have created new “We Won’t Pay” movements to go along with those refusing to pay for highway tolls, Metro tickets and a new emergency property tax, Greeks lined up in September to pay another levy – a 2-5 percent “solidarity” tax on their income, despite continued high levels of tax evasion.
The Finance Ministry said it took in about 650 million euros, or $863 million in September from the solidarity tax and another on self-employed professionals. That was nearly 40 percent of what the government hopes to bring in this year in new tax measures.
State revenues expanded by 10.65 percent last month (before tax returns) compared with September 2010, a trend which is expected to continue in the coming months with the payment of the special charge on properties which will be added to electricity bills, the newspaper Kathimerini said.
“Despite their financial problems and shrinking disposable incomes, taxpayers appear to be fulfilling their tax obligations, paying out the amounts that the Finance Ministry has asked them for through their tax statements that it will keep sending out up to the end of the year,” the paper said. Net budget revenues posted a 3.17 percent increase, while tax authorities saw their inflow climb by 22 percent compared with September 2010 despite the negative figures from value-added tax. Revenues from customs declined by 5 percent, largely due to slowing imports.
Still, in the first nine months of the year the budget revenues were lagging the same period last year by 4.2 percent. According to the first revision of the budget, the shortfall amounts to $4.78 billion, while the newly revised budget estimates the gap at $664 million. To reach 2011 budget targets, the government must take in $22 billion more by the end of the year. The Finance Ministry is yet to send out about 1.5 million tax statements.
The original estimate for revenues of 1.7 billion euros from the new property charge tagged onto electricity bills may well grow beyond this, with the first installment set for this month and the second in December. The settlement of outstanding income tax cases from previous years and the main income tax from this year are also expected to offer a boost to state revenues, although the unpopularity of the new property tax, put into electric bills under the threat of having power turned off for non-payment has led to many Greeks saying they won’t pay it.