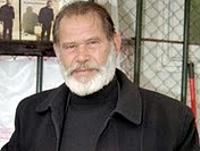 A man of many contradictions, Nikos Koemtzis passed away today at 2 pm after having been transported to hospital.
A little earlier, passersby found an old man lying unconscious in the Monastiraki area and called the ambulance to aid him.
The doctors and nurses recognized the 74-year-old man Nikos Koemtzis, the man who had killed 3 police officers and injured 8 more persons in a fight back in 1973 and whose story had become a movie and a song too.
Many believed that because of his political ideas, his victims had deliberately tried to provoke him by dancing to the song of Vamvakaris “Vergoules” his brother had asked for.
Koemtzis, who was a rundown communist back then, was sentenced to life in prison and to death row 3 times. In 1996, he was eventually released.
Since then, he made his living by selling his autobiography in downtown Athens.