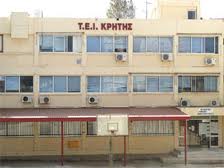 The town of Rethymno in Crete, Greece, hosted for the second year in a row the International School of Physics on HIPER matters under the auspices of the TEI of Crete and, more specifically, of the Professors Michalis Tatarakis from Chania and Nektarios Papadogiannis from Rethymno.

Dozens of postgraduate students and PhD candidates from top European universities including young scientists from the Department of Science of the TEI of Crete have taken part in this pioneering programme which ended last Friday.

HiPER (High Power Experimental Research Facility) is the first experiment designed specifically to study the “fast ignition” approach to generating nuclear fusion, which uses much smaller lasers than conventional designs, yet produces fusion power outputs of about the same magnitude. The whole project is in a preparatory phase at the moment and the TEI of Crete is in charge of the relevant researches at European level.

Under the regular financing by the EU, the HiPER’s preparatory phase is estimated to be over by 2013, while from 2014 until 2030 its manufacturing phase will have been completed. The premises housing the Project are located at the district of Tria Monastiria, Rethymno.

Head of Erasmus Programme and of the TEI, Dr. Michalis Tatarakis, claimed that everyone is very optimistic over the positive results of the project. “There is scientific evidence on the progress of the project and we hope that the Greek state will also assist our efforts” added Mr. Tatarakis.