Α. Synodinos Only Minutes Away from the Senate 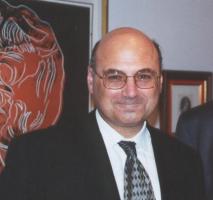 Athanasios (Arthur) Synodinos is certainly entering the Australian Senate, according to all political reports.

His decision was welcomed by many top executives of his party. Among them was former PM, John Howard, whom Mr. Synodinos has famously served as chief-of-staff and main political enforcer. According to Howard “Synodinos displays a unique combination of intelligence and necessary knowledge about the functions of the upper rungs of our political system” continuing that “he is a self-made man only relying on his potential”.

According to estimations made by political analysts, by the time Mr. Synodinos takes his place in the Senate, Tony Abbott, federal opposition leader will be put under a lot of pressure in order to hand the Greek senator a Shadow Ministry. Furthermore, it is strongly believed that if the opposition party comes to power in the following elections, Mr. Synodinos could even run for PM.