GRNews
GreekReporter.comAustraliaIt's Official! Melbourne is the Best City in the World

It’s Official! Melbourne is the Best City in the World 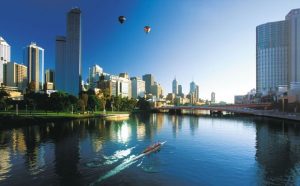 The most beautiful city in the world is Melbourne, according to the latest research carried out by Economist Intelligence Unit.
The research which was carried out in 140 cities around the world and focused on life standards. Melbourne accomplished to leave behind Canada and Vancouver.
The Economist Intelligence Unit gathered data regarding the stability of the politic system, the criminal percentage, the health system, the environment, the public transportation, the cultural events, the education and last but not least, the multiculturalism of the city.
According to the research, some of the nicest cities to live in are the following: Melbourne, Vienna, Vancouver, Toronto, Calgary, Sidney, Helsinki, Perth, Adelaidia and Oakland.
It is the first time in 10 years that Melbourne has won first place, despite the fact that the dollar value is high and prevents the Australian tourism from thriving, said the mayor of Robert Doyle.
The mayor was asked if the citizens were satisfied with the conclusion and he answered in a witty way that they had already known that their city was the best in the world, so the results had made no difference to them.