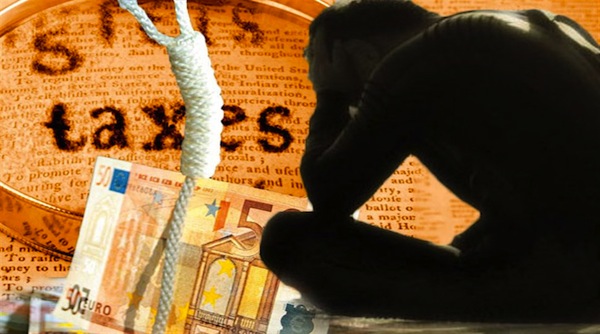 Greek tax legislation changes resemble pretty much like Latin American soap opera episodes. They are endless and full of drama.
More than eight million Greek taxpayers may be in for an unpleasant surprise when they get back home from their summer vacation: all those  tax changes that George Papandreou signed for in July amid the frustrated riots in Constitution Square, are about to be applied and will consequently trim the taxpayers already trimmed income. Here are the main points you should know so that you won’t have a heart attack when you have a look at the eye-popping taxes the Greek government has prepared for you.
1 Income tax rates for individuals
The Greek Ministry of Finance technocrats seem to believe that someone earning 12.000 euros annually- in a country where Frappe costs four euros- is well off and so they have to pay tax! The new progressive tax scale applicable on the aggregate net income of individuals from all schedules is as follows: 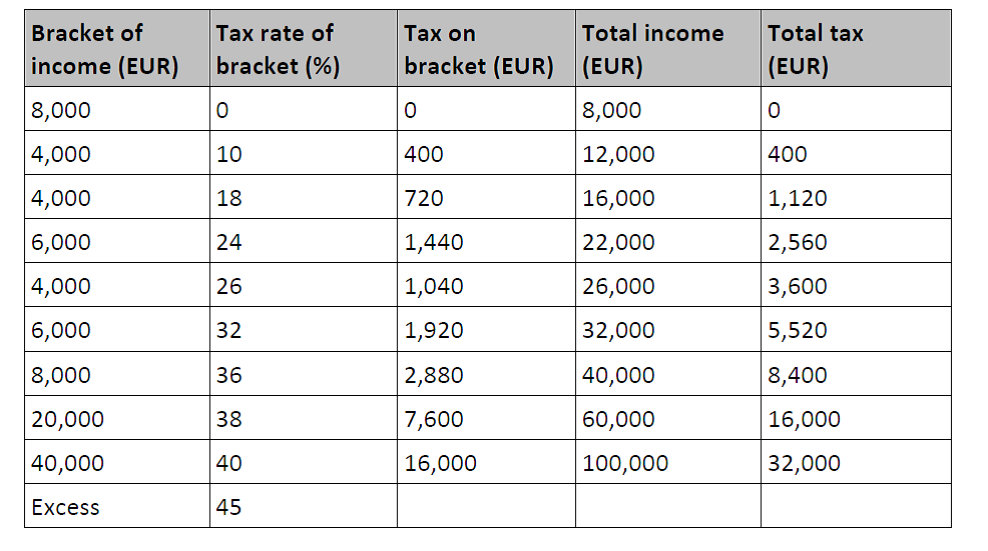 For those “lucky” tax-payers who have children, the amount of the first bracket is increased by 2, 000 euros for having one child, 4,000 for two children and 12, 500 euros for three children. An additional tax-free amount of 2,500 euros is granted for the fourth child and each child beyond that. In case this is the government’s attempt to fight Greek low-birth rates, somebody should inform them that it’s not going to be very effective.
But, there’s yet, more bureaucratic work for Greek tax-payers. They are obliged to file with the tax authorities purchase receipts for goods and services of a value totaling 25 percent of their reported taxable income in cases of income amounting up to Euro 60,000. If the aggregate value of receipts filed by a taxpayer does not meet the aforemenoned percentage, the difference is subject to 10 percent income.
2 Special solidarity contribution.
We’ve heard of it, massively protested against it, well here it is. The special solidarity contribution is live and kicking. It is imposed on the total net income of individuals earned during the years 2010-2014, as reported in income tax returns of the fiscal years 2011-2015 respectively. The contribution is imposed on actual and imputed reported income, be it taxable or tax exempt, as long as such income exceeds in total the amount of Euro 12,000. Depending on the total amount of annual net income, such contribution is calculated as follows:

4 Contribution by professionals and entrepreneurs
Contrary to any economical theory-and logic- the Greek government attempts to fuel the market and stir development, by imposing even more taxes to businesses. For the current year the tax is set at Euro 300 irrespectively of the place of registered seat. For next year- given of course that your business survives the crisis and Papandreou’s insane tax invasion- you will pay 200 euros if your business is located in a touristic town or a village with population of less than 200,000. As regards entrepreneurs and professionals located in cities with a popular on exceeding 200,000, the annual contribution amounts to 500 euros. In case of branches, an additional contribution of Euro 300 will be imposed per branch.
5 Company Credit cards
Gone are the days when you used to load up the company’s card with baby food and shoes to avoid tax. According to Ministerial decision POL. 1139/2011, the use of company credit cards by companies’ executives and employees for personal family expenses constitutes an additional benefit which increases the salary income of the employees and shall be taxed as such.
6 Real Estate Property Tax
When real estate booms, property taxes often followed suit. So logic says that amid the biggest real estate crisis Greece has ever seen, property taxes should drop. But they arent. Why?
Well, it seems that logic and Greek tax legislation are destined to clash.The new Real Estate Property Tax (REPT) is now applicable to individuals from Euro 400,000 to Euro 200,000, whilst at the same time the applicable rate of the second bracket is increased from 0.1 percent to 0.2 percent! For an individual holding Greek real estate having a value of Euro 500,000 is now burdened on an annual basis with REPT amounting to Euro 600 (as opposed to Euro 100 under the previous regime).

7 VAT-New rates for certain goods and services
In a hope that Greeks will die of starvation so that the government will have less salaries and pensions to pay, as of  September 1st, 2011, the supply of certain goods and services which was formerly subject to the reduced VAT rate (13 percent and 9 percent in the Aegean islands) shall be subject to the standard VAT rate (23 percent and 16 percent in the Aegean islands). The new VAT rate applies to non-alcoholic beverages and drinks (except for bottled still water-how did this one get away?) and services related to the supply of food for immediate consumption at restaurants. So,drink up now cause from September it‘ll cost you.
If you thought you could get away with it and order in, think again. The legislator provisioned that the preparation of food for take away or delivery shall be subject to the standard VAT rate as well! But in an act of humanitarian compassion, the increase does not cover food provided at points of sale within universities, hospitals and other institutions of social welfare. How thoughtful! We can already picture Greeks having dinner at hospitals on  Saturday nights.
8 Imposition of excise duty on natural gas
Thank god Greece is a country with a warm, mild climate or else Greeks would suffer this winter. As of September 1st, 2011, excise duty shall be imposed on natural gas that is used as heating fuel or for any other purposes except for the use as motor fuel. The amount of such duty shall be 1,5 Euro per Gigajoule. The imposition of excise duty on natural gas that is used as motor fuel is postponed until 2014.
9 Extension of limitation period expiring on December 31st, 2011
This is the fifth extension since 2006 of limitation periods for those who “forget” they have unfinished businesses with the tax office (Greece is a rather understanding country with “mpataxtsides”- turkish word for people who don’t pay taxes ). This time we have a yet again new extension of limitation period concerning the right of period expiring on December 31st, 2011. Pursuant to the bill under discussion the limitation period concerning the right of the State to impose taxes in respect of some pending (un-audited) cases, which was due to expire on December 31st, 2011, shall be extended to December 31st, 2012.
10 Revival of 2010 tax amnesty scheme
You would expect that a socialist government would care to give amnesty to  poor IKA, a Greek medical insurance company, pensioners, who after thirty five years of hard work get 600 euros a month. Well, these days, socialism gives amnesty to enterprises and butchers pensions. The envisaged revised tax amnesty scheme shall be available to a wider circle of enterprises, since it may also apply to enterprises with reported annual gross revenues in excess of Euro 20 Million and of no more than Euro 40 Million, as well as to enterprises whose shares are listed on the Athens Stock Exchange. Before you rich people  get too excited, bear in mind that: 1) they will check your books 2) the tax amnesty scheme will not apply to shipping tax, real estate tax, large real estate tax, real estate duty, special real estate tax, real estate transfer tax and inheritance tax.