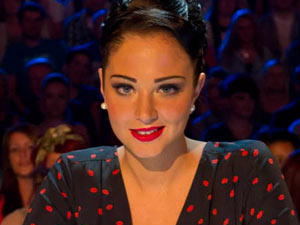 Tulisa Kontostavlos, known for being an idiosyncratic Greek woman, grew up in London.

She does not hesitate to talk about when she first smoked weed, when she lost her virginity, and the tough person she is. T. Kontostavlos used to carry a knife to protect herself and did not think twice about attacking someone threatening her.

Now she is in the media once again on the most popular show of show on television, X Factor. She is a tough judge and accomplished at telling the players what needs to be said.

According to her, she cannot keep a low profile and is always honest. X Factor gives her the chance to voice her views on many matters. On the official launch of X Factor , Tulisa revealed her new smile, which she stated cost her £12,000.

Emirates Airlines, based in the United Arab Emirates, plans to restart flights between the United States and Greece on June 1, 2021
Australia