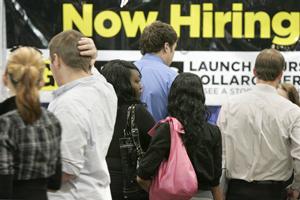 According to some new reports, slow economic growth is being predicted, while inflation and unemployment are increasing menacingly. Fewer and fewer assets are being bought, according to the data.

A more optimistic perspective is given by the private search center Conference Board, which foresaw bigger economic growth in July, in comparison to June.

Other centers support a negative reality, supporting the fact that home sales fell by 3,5% in July.

Another government report shows that increases in fuels, goods and clothing is at their highest levels in the last three months.

Other sources indicate that more and more people claimed unemployment benefits. During the last week alone, 9,000 people asked for financial support from welfare. Making a general estimation, the number of unemployed people is 408,000. Economists expressed the opinion that  in a healthy market, the number of unemployment should not exceed 400,000 people within a month.