TechNews
GreekReporter.com Greece Scopian Goalkeeper: There Can Be No Other Macedonia!

Scopian Goalkeeper: There Can Be No Other Macedonia! 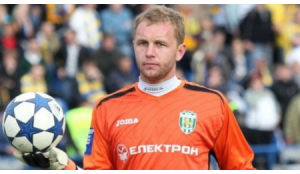 Scopian goalkeeper of the Karpaty Lviv team,  two days before playing in Touba, Thessaloniki with the Greek football team PAOK, made provocative statements on the official website of the Ukrainian team he will be playing.
He said that Greece and “Macedonia” are two different countries and the fact that there is a region in Greece called Macedonia is wrong. There can be no other Macedonia, as he says.
However, when asked if the fact that the PAOK players are also called Macedonians is another motive to win the match, he noted that he did not confuse politics with football. In addition, he claimed that there was no conflict between the two peoples as, for example, many Scopians choose to spend their vacation in Greece. (Source: www.gazetta.gr )

St. George: The Most Beloved Saint in the World