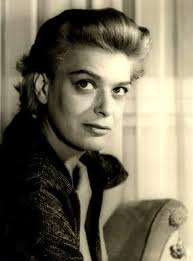 The Municipal Regional Theatre of Crete (DIPETHEK) will honor this year the politician who envisioned and implemented the institution of local regional theater in 1983, the unforgettable Melina Mercouri. As  the artistic director Michael Aerakis announced today during a press conference, theatre in collaboration with the regional unit and the municipality of Chania as part of the parallel events organized, will perform a 15-day tribute from 18 to 31 August to the great actress. The tribute will include a photography exhibition and apresentation of audiovisual material which will be first presented in the Greek region, as the Mercouri Foundation gave the green light to the request of the organizers. “We are deeply grateful to Melina who conceived the idea of ​​theatrical decentralization in Greece,” said Mr. Aerakis during the press conference. The inauguration of the exhibition will be hosted at the Centre for Mediterranean Architecture on Thursday, August 18, at 7 pm. “Through these events we honor the woman, the artist, the politician, and the ambassador of our culture,” noted Chairman of Cultural Operation of the municipality of Chania Nanos Angelakis.  Deputy Mayor and Chairman of DIPETHEK Dimitris Leipsakis thanked the Mercouri Foundation and especially Spyros Mercouri who will be present at events and contributed to the organisation of this exhibition, while Regional Director Dimitris Micheloyannis invited citizens to visit the exhibition. As part of the tribute, on Thursday, August 18,  the opening day of the exhibition and a musical performance by the band “Iambos” under the title “Melina Mercouri, the Songs I Loved” will be held.