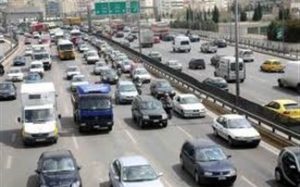 While the number of excursions of people was higher than last year, around 50% higher, on the holiday from August 12th to August 15th, the number of fatal traffic accidents on the roads was much lower, according to data from the Hellenic Police.

Authorities faced 32% fewer car accidents all over Greece, in comparison with 2010, with fatal accidents numbering 14, compared to 24 in 2010. Only 188 persons were involved in accidents compared to 254 in 2010 with slight or heavy injuries.

Over the weekend, 5,052 traffic violations were noted, including: 2,652 for excessive speeding, 730 due to alcohol, 674 for not wearing helmets, 674 for not wearing seat belts, 272 for entering the opposite lane of traffic, 217 for using cell phones while driving, and 72 for violating car accident codes.