Greek Connection to the Killer in Norway 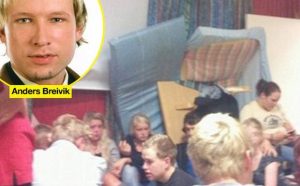 Interpol is cooperating with the Greek Police to find the Greek connection to the Norwegian killer Breivik. The perpetrator used to chat with members of the organization concerning his recent criminal acts, but was not considered a serious threat.
As is stated in his manifest “2083 A European Declaration of Independence”, the founding members of his organization “PCCTS Knight Templars” consist of two English, one French, one Dutch, one Russian, one Norwegian, one Serbian and one Greek. The founding members held two meetings in London in April 2002. As Breivik noted, members of the organization include citizens from all over Europe, as well as Armenia and Lebanon.
The year 2002 was important for the extreme right ideology, as in both France and the Netherlands, the extreme right-wing political parties came second in national elections.
In his manifest of 1500 pages, Breivik refers to the word “Greece” almost 90 times, and the words “Greeks” and “Greek” around 270 times. He also notes that the Greek political parties and groups with extreme-right ideas are against immigrants, and notes details about their results in the national elections, their websites and newspapers they issue.
In the text, he also includes the number of Muslims living in Greece and information about the production of oil and the nuclear stations in Greece.