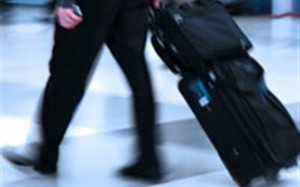 Once again Greeks have taken the decision to find a better life abroad. A great number of people lost their faith after the vote of memorandum and believe this is the only option left for a better future. The further from Greece and its debts, the better, some of them have been quoted as saying.

53,000 Greeks are waiting for a Diversity Visa, that is expected to be issued before July 15th. Those who are successful can then follow their own “American Dream”.

The hostile environment, the financial crisis, and the belief that there is no hope for Greece, are the main factors leading to the decision for people to immigrate.

According to a recent report in a Greek newspaper, Greeks are determined to do anything to leave their country. Thus, so many of them are applying for a Diversity Visa.

In the following days, the American Immigration Program will announce the names of the people who will be allowed to travel to the US on a Diversity Visa. Those who applied will be chosen by lottery. Having a Diversity Visa, gives the opportunity for people to live in the US. This year, the applications were 5,000 more in comparison to last year, when the total amount was 48,000.