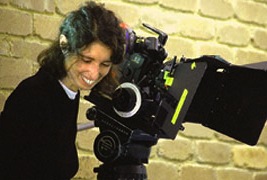 Director and writer Anna Kannava of Cypriot descent passed away last Thursday. She was suffering from cancer and finally died one year after her diagnosis. She was born in Cyprus, but has been living in Melbourne since 1974.
Her work includes plays, short films and documentaries, as well as two novels, Stefanos of Limassol and So Much Joy-Lisboa!  In 2003 she received funding and filmed her first feature film called Dreams for Life, which was released in Australia in 2005. The story is about a woman who goes back to where she grew up, meets with her past and her life changes. It was selected by several international festivals including Brisbane, Cyprus, Annapolis and others. It was played in many European cities such as Rome, Paris, Brussells, Strasbourg, Lyon and Madrid. It was also awarded as the Best Australian Feature Film.
Her love for Paris and for the appreciation of her work led her to make a second feature film in 2008, called Kissing Paris. This story was about an Australian woman who went to Paris in order to meet a mysterious man who wrote love letters to her mother and seemed to have been her lover, while she was in Paris in the 1960s.﻿